The cost of living in Boston is one of the highest in the country at 50 percent higher than the national average. That’s the bad news.

The good news is the cost of living is still well below other major cities like New York, San Francisco and Washington, D.C., making it a more reasonable rental opportunity for prospective tenants.

So, whether you want to move to one of the many historic residential buildings in Back Bay or Beacon Hill or settle down at one of the new, luxury high-rises in Fort Point or Fenway, there’s likely an ideal neighborhood in Boston that meets both your personal preferences and budget.

We break down the current cost of living in Boston to help you determine if living in the Hub is a viable option. 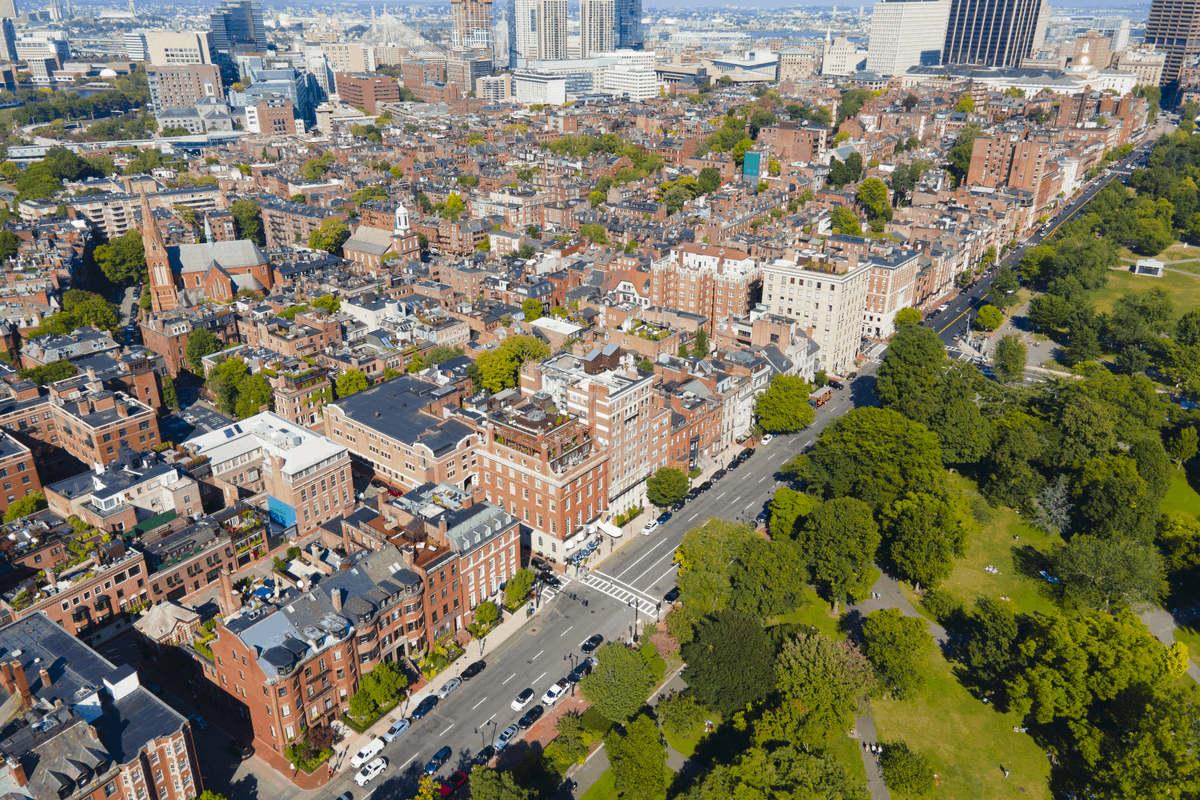 As is the case with other major metros across the U.S., the housing market â both for-sale and rental â is hot with no signs of slowing down in Boston.

Housing costs in Boston are 124.4 percent higher than the national average. For example, the average rent in Boston for a one-bedroom apartment was $3,471 in April 2021.Â That is a 6.1 percent decrease from last year, but it is still the highest average of any city in the nation. In fact, it’s more than $300 higher than the next-highest rate in San Francisco.

There’s a clear trend regarding neighborhood-specific rates. For example, the closer you live to the downtown area, the more likely you are to pay near a $3,500 price point (or more).

Rents in Back Bay, Fort Point, the Seaport District and parts of South Boston â all within a stone’s throw of downtown â averaged $3,300 per month in April 2021.

Meanwhile, rents in neighboring Brookline (Coolidge Corner) and Cambridge (North Cambridge) remain a bit more affordable, as several neighborhoods in these areas saw rents no higher than $2,600. The caveat? They’re outside of Boston proper.

The average home price in Boston is $744,522. Houses typically sell for just below asking and come off the market within 30 days. 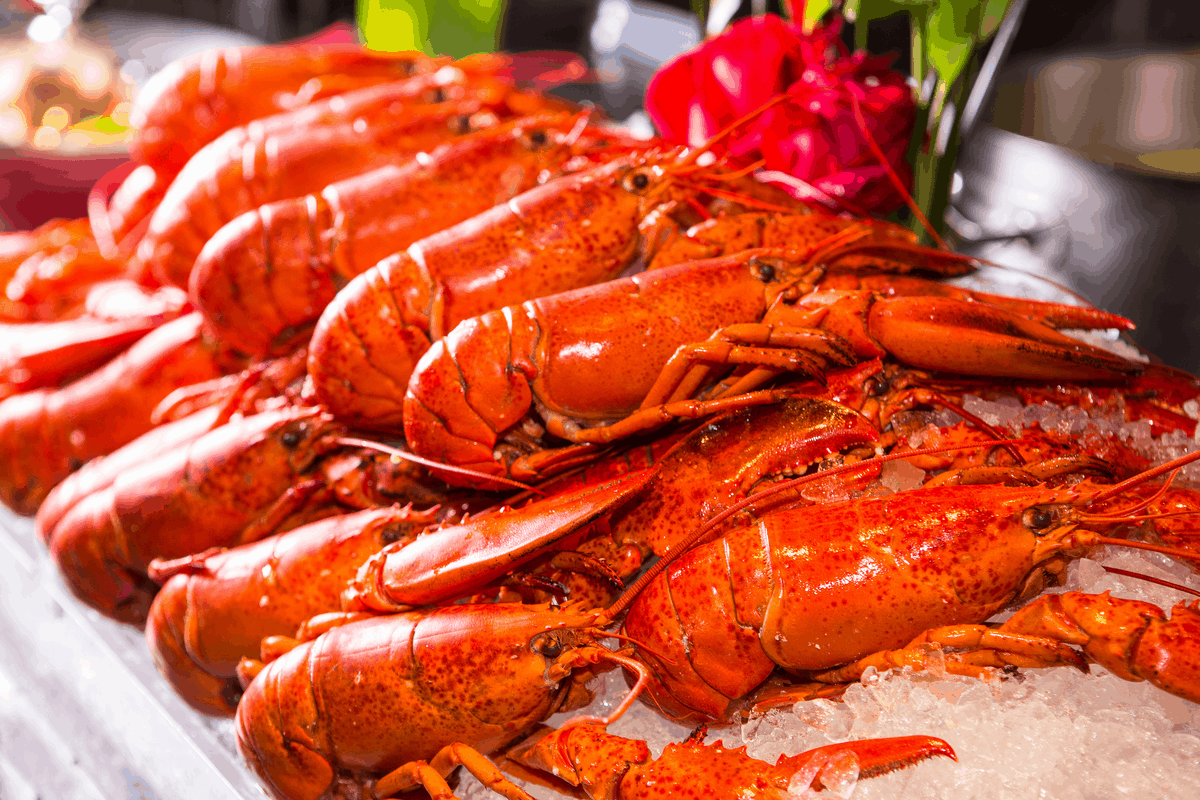 Boston has evolved into a foodie’s paradise over the last decade. In addition to its revered Irish pubs, James Beard-award-winning chefs have opened esteemed eateries in just about every corner of the city specializing in a wide variety of cuisines.

When it comes to groceries and home cooking, you can expect to spend slightly more as Boston’s groceries cost 13.2 percent more than the national average.

Boston offers the experience of all four seasons â from red-hot summers to chilly winters. This is great for those who want a bit of variety in their lives weather-wise.

However, it also means comparatively high energy costs. Boston utility costs are 22.3 percent higher than the national average. The average Boston household spends an average of $233.86 on energy bills annually, around $68 more than the national mean. 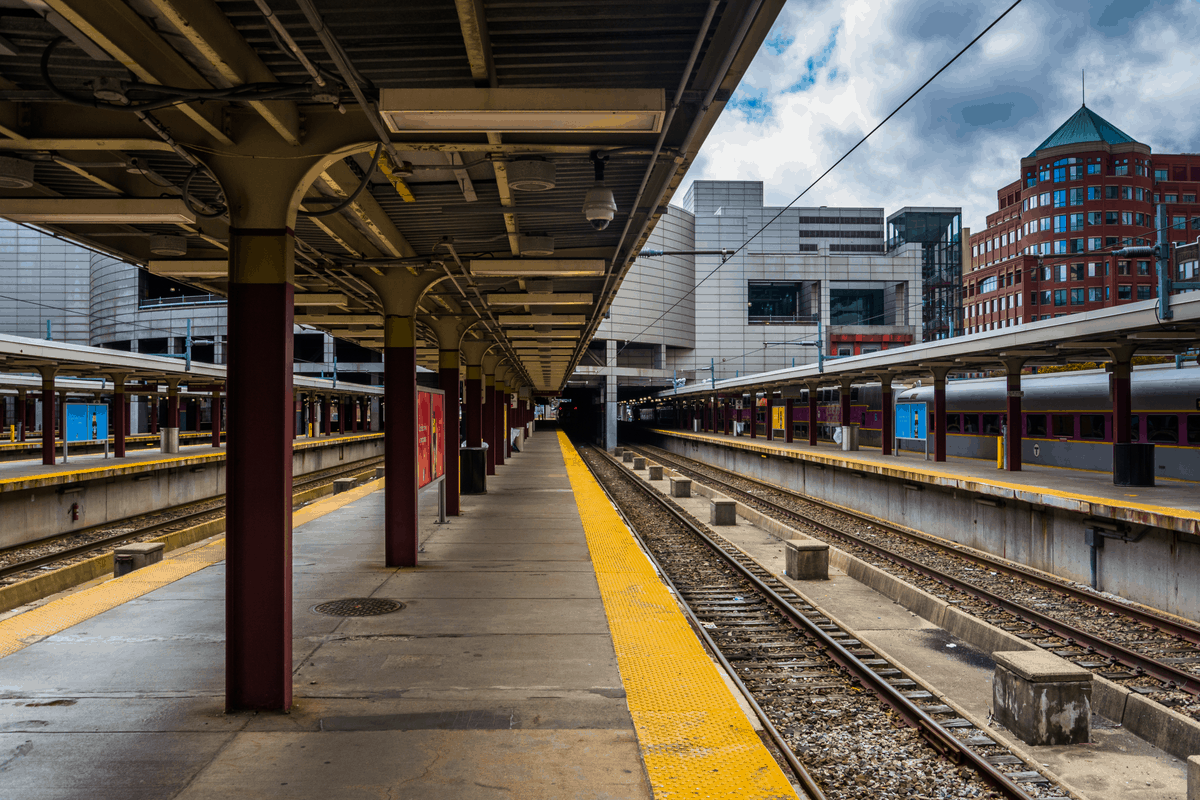 One of the great things about living in Boston is you don’t need a car. Public transit via the Massachusetts Bay Transportation Authority (a.k.a. The T) is convenient.

The Orange, Red, Green and Blue subway lines all interconnect downtown and have stops north, west and south of Boston. The average cost of a one-way subway ride is $2.40 and a one-way bus ride is $1.70.

As for the commuter rail, trips range from $2.40 to $13.25 (depending on how many âzones” you want to travel). The train connects to 130 stations in Massachusetts and Rhode Island â so the cost to use it is worth it.

The Mass Turnpike, which stretches 138 miles across Massachusetts (and into New York), is one of the main entryways into and exits from Boston. Prepare for toll prices!

Of course, getting around on foot and via bicycles also both practical travel options for Boston residents.

You’d be hard-pressed to find a city anywhere else in America â or even across the globe â with a healthcare system that rivals Boston.

Massachusetts General Hospital, Boston Medical Center and Brigham & Women’s Hospital are just a small sampling of the best-in-class hospitals in the city.

Specialty care, however, much more closely aligns with the national average. For instance, the typical trip to the optometrist in Boston is $102.75, which is about $5 cheaper than the U.S. average. Meanwhile, a dentist check-up averages $108.27 â about $9 more than the nationwide mean.

Boston’s healthcare is 8.5 percent higher than the national average, which makes it the 49th-highest in the country, putting it behind the likes of Chicago, Los Angeles and Seattle.

Remember though â it’s difficult to nail down specific healthcare costs because individuals have their own healthcare needs, 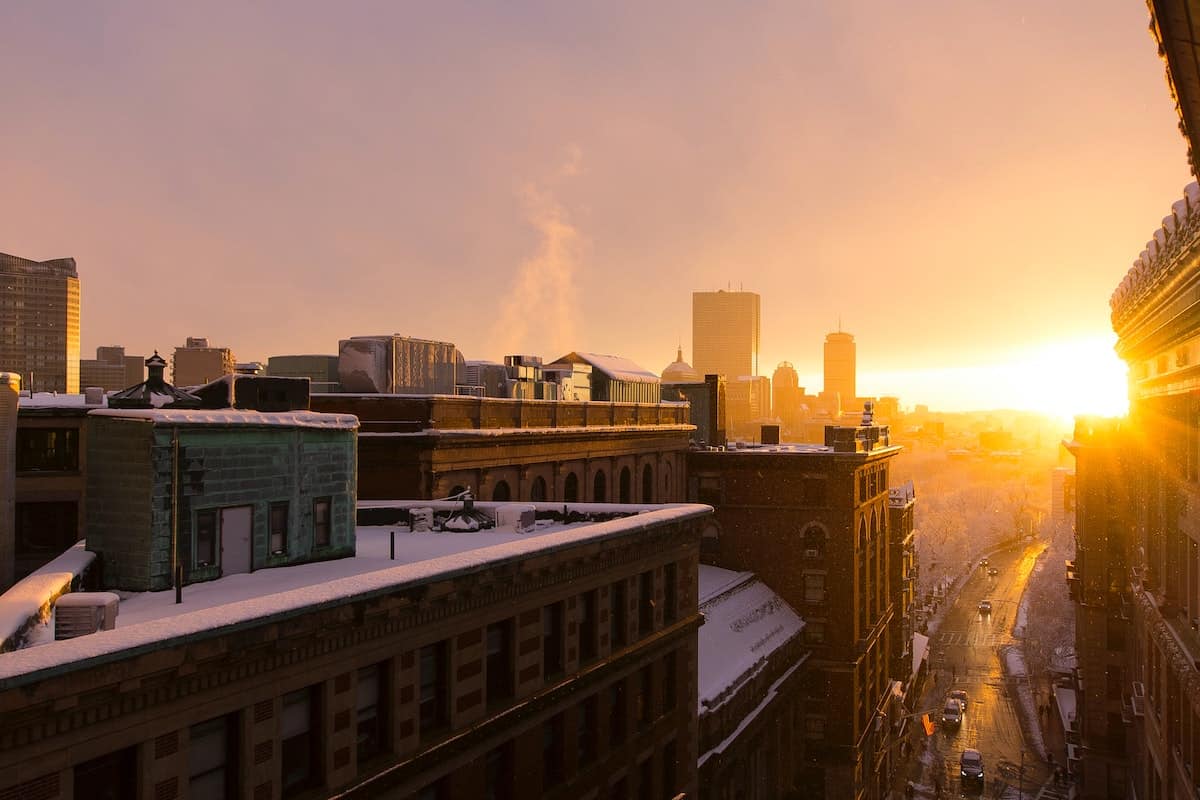 Goods and services costs in Boston

Outside of core utilities, you can expect to pay slightly above the national average âabout 27.4 percent â for standard goods and services when living in Boston. Case in point:

Generally, due to Boston’s increasing popularity among renters and buyers, residents pay a bit more for standard commodities than in most other U.S. metros.

A big reason for the above-average prices for regular goods and services is the sales tax rate of 6.25 percent. To put it another way â if you spend $1,000 in Boston, $62.50 of that goes toward sales tax.

According to WalletHub, the overall âtax burden” on Massachusetts residents ranks 21st in the country. The âsales and excise tax burden,” however, ranks 45th, meaning both tax types aren’t as cumbersome as other states.

One way Massachusetts aims to help residents â statewide â is the opportunity to save on considerable purchases by offering a tax day or weekend annually. This often takes place in August.

The moniker âTaxachusetts” no longer holds water, but those living in Boston will have to pay a decent share on regular purchases due to a modest sales tax. 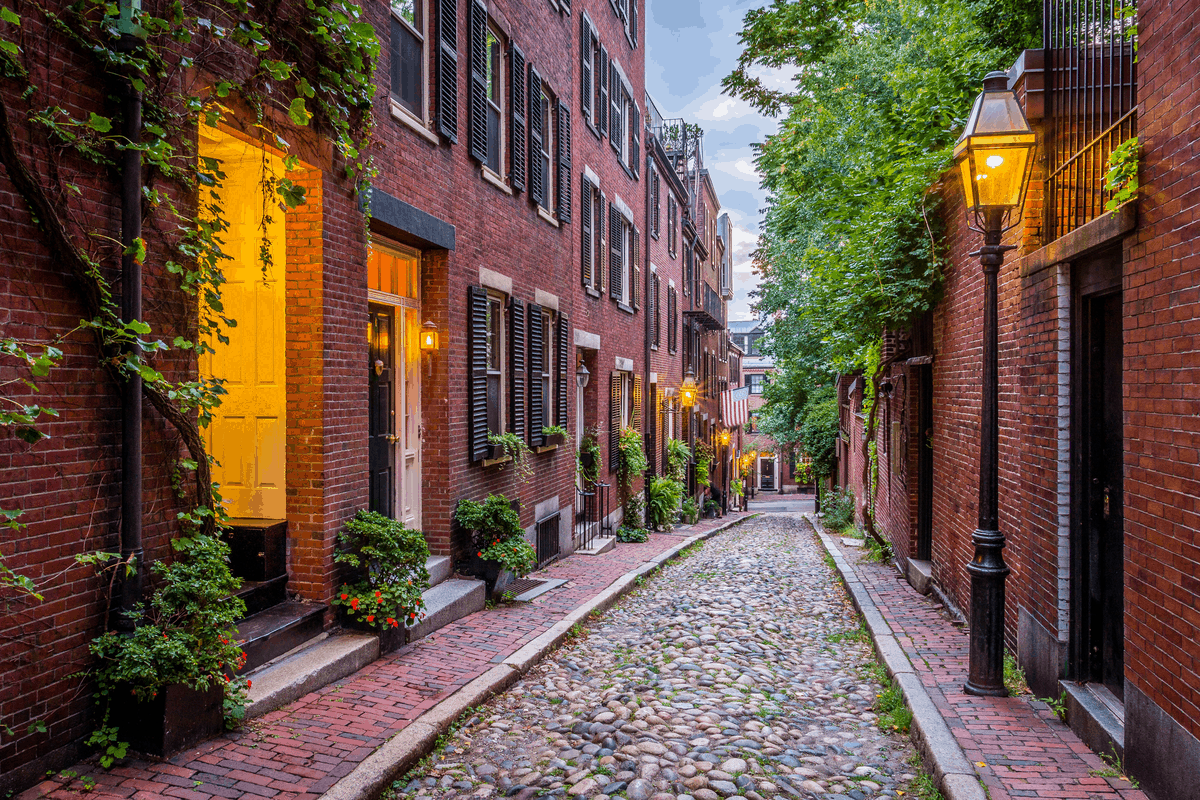 How much do you need to earn in Boston?

So, you have a pretty clear idea now of the cost of living in Boston. But the question remains: How much money do you need to live comfortably in the city?

Prospective renters of the average one-bedroom Boston apartment â which costs about $3,471 â need to make about $138,840 per year. That’s assuming they’d allocate 30 percent of their income (the recommended amount from financial experts) toward their apartment lease.

Want to figure out if living in Boston is fiscally feasible? Use our free rent calculator to learn if your current budget and savings are enough to support a move to the city.

The cost of living in Boston is certainly higher than many other metros nationwide.

But for those with the financial means â as well as the desire to live in a locale with passionate people, a booming business climate, countless cultural institutions and world-class colleges and universities â Boston is a premier place to settle down.

Discover available apartments for rent and homes for sale in Boston.

Cost of living information comes fromÂ The Council for Community and Economic Research.

Rent prices are based on a rolling weighted average from Apartment Guide and Rent.com’s multifamily rental property inventory of one-bedroom apartments in April 2021. Our team uses a weighted average formula that more accurately represents price availability for each individual unit type and reduces the influence of seasonality on rent prices in specific markets.

The rent information included in this article is used for illustrative purposes only. The data contained herein do not constitute financial advice or a pricing guarantee for any apartment.

The post The Cost of Living in Boston in 2021 appeared first on The Rent.com Blog : A Renterâs Guide for Tips & Advice.